The contract will start from April 2014 for three years (annually renewed).

Mr. Inoue will be the very first “Principal Conductor” in the long history of the Osaka

Philharmonic, it’s partially because he will continue to serve as the “Music Director” of the

Orchestra Ensemble of Kanazawa and thus, the two functions should be defined.

Mr. Inoue will assume the general responsibility for the Osaka Philharmonic‘s Musical

Division as a matter of practice.

Formerly, since 1963, the Osaka Philharmonic organized their subscription concerts in the

Festival Hall before moving their home-hall to the Symphony Hall (Osaka) in 2013.

Starting in 2014, the orchestra will once again use the Festival Hall as their main hall.

●When I heard about this offer for the first time, I hesitated. But I finally decided to accept it

because I think that Osaka city has high potential. In 1958 when the Festival Hall opened,

that had a great influence on the world. Then in 1982, Osaka city got the Symphony Hall,

designed specifically and exclusively for classical music. I thought this culturally leading city

had to have more to its image than its Takoyaki (octopus dumplings, which are Osaka’s

●As for the classical music world in Japan, it is expanding to wider and more diverse

people, which is the phenomenon Japan boasts to the world. We the professional

musicians, who are the pioneers in the field, have to be more ahead of the times. Then we

have to make the musician an occupation that many young people hope to be.

●I feel Osaka city’s charm is their “friendliness” in a variety of meanings. Thirty-five years

ago when I conducted the Osaka Philharmonic for the first time, the orchestra

was“speaking”the Kansai-region dialect when they played, and they had very interesting

originalities that I appreciated. Of course, I still like very much the Osaka Philharmonic’s

musicality and that’s the reason why I accepted to be the Principal Conductor. I think we

Festival Hall. I would like to create a comfortable environment so that the hall could nurture 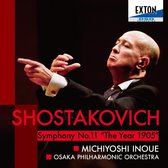